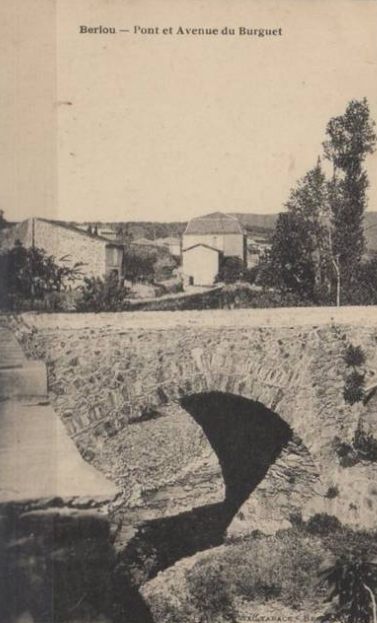 The comunity of Berlou is quoted in the Cessenon charter book as far back as 1386. It was part of the "châtellenie"of this municipality which is directly connected to the royal crown.
The present spelling of the name Berlou dates only to the 19th century. The municipality before was called Berlou the former Berloup.
Scholars have it that the origin could be VERLONGUM or VERLUPORUM meaning : "Long Spring" or "the Spring of Wolfs. Reports from the local elders confirm the presence of these animals roaming around houses during harsh winters. One can imagine that they sought shelter at Berlou until the arrival of spring before returning to the woods of olargues and Saint Pons.

The origin of the vineyard from this part of the region dates back to Charlemagne and Saint Benoit of Aniane. His companion , Annian created the first monastic establishment in year 782. It is likely that wine growing continued in these places throughout history because the presence of parcels planted with vines was confirmed in 1635. The 1875 yearbook of the department of "Hérault" states referring to Berlou :

"Excellent wine competing with those of the Roussillon region ;
can be classified among the best wines of the Hérault".